Let’s talk about race I think most can agree that 2016 has been a year where race related content has heavily dominated the press. Since the start, we have been bombarded with headlines, such as the #OscarsSoWhite campaign, which involved high profile celebrities, including Will Smith and Jada Pinkett-Smith addressing the lack of diversity within the Oscars.

Tensions in the US continued to rise as further incidents of Law Enforcement Officers killing civilians were caught on camera; Philando Castile and Alton Sterling to name a couple. Beyoncé, caused a media frenzy with her Formation performance at the Superbowl, which paid homage to the Black Panthers; leading to discussions on black identity and rebellion.

The announcement of ‘Brexit’ as the British public voted to leave the EU, saw a rise in racial attacks and anti-immigrant sentiment across the country.

Stephen Lawrence surfaced in the news again after new findings in the case. The release of  the film Birth of a Nation, by Nate Parker based on the story of Nat Turner and his rebellion, provided an alternative ‘slave narrative’ generating discussion on the various untold stories of resistance during that period. The launch of Marvel’s Netflix black comic book series, Luke Cage literally crashed the video platform due to the amount of viewers logging in, also sending Twitter into a storm as people complained it was ‘too black’ showing that clearly the majority black cast and the empowering roles were too much for some. The #BlackLivesMatter movement continued to raise its profile and the US Presidential election has been race fuelled from the start! It feels as though it is almost impossible to escape the conversation of race. 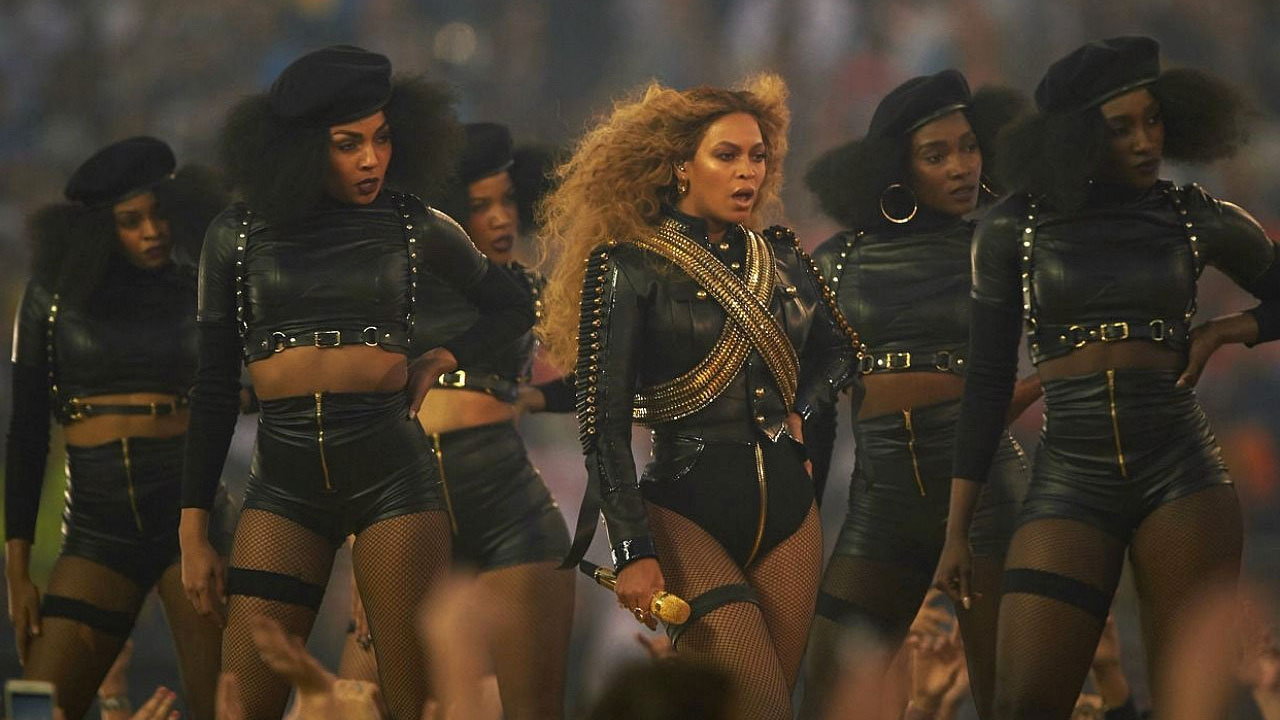 Unless you’ve been living in an underground bunker, you would have definitely found the subject hard to avoid! Our advances in technology have resulted in communication channels being wide open, we are no longer solely dependent on mainstream news sources for information. People now have the ability to become journalists themselves and report what it is happening to a worldwide platform and freely express their opinions left, right and centre. The discussions on social media platforms, blogs and online newspaper comments sections all add to the global conversation, adding various narratives that we were not previously privy to.

I’ve been following the media coverage and social reactions over the past year regarding race-related content and have come across come some interesting observations. One of the most striking things for me is that there seems to be this underlying push to promote racial tension. Almost every week there is another story released with the sole intention to instigate fear and anger.  The shootings in the US, as horrific as they are, have now turned a spotlight on an area that needs to be addressed. As uncomfortable the situation may be, collectively we can no longer ignore it or hide behind excuses. There is a genuine problem and it is being exposed to the masses. The digital age is ultimately acting as a magnifying glass bringing forth a level of clarity and transparency to issues that weren’t necessarily possible before. We are now being forced to have conversations that we previously may have had in private or avoided due to fear of causing offence.

The discussion of race, whilst sometimes necessary, can be uncomfortable for some, infuriating for a few and therapeutic for others. I have encountered many people who say they choose not to speak about race as they feel that they are ‘Preaching To Deaf Ears’. I understand this, and have encountered many of the ‘preaching to deaf ears’ crowd, particularly online. Despite some of the harrowing footage that has been released of police killing black people in the US, there are always those who will still blame the victim. “Why did he not put his hands up faster?” “Why did he not get out the car?” Cue deflection question “But what about black on black crime?” It’s become so cliché that when engaging with certain people you can almost predict what they will say next. It has become glaringly obvious that there is a large amount of the public that lack empathy, particularly if the victim is a person of colour. It’s fascinating to see the levels people will go to in order to justify their beliefs, even to the point of absurdity. I’m sure the term ‘white on white crime’ will never become a thing, although statistically this is far more common than the reverse. 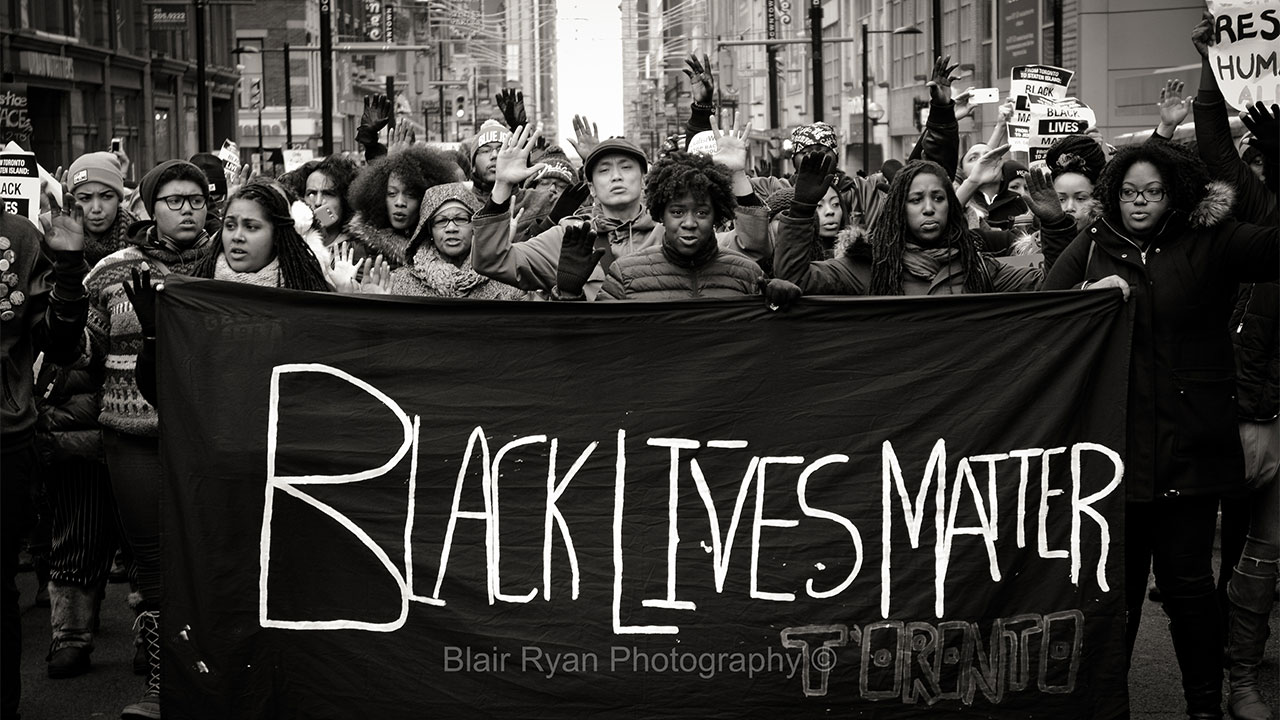 But, when debates surrounding race come up, facts are usually not at their core. But as we are talking about race and uncomfortable conversations; I must admit that I haven’t seen the same level of collective outrage and mass attention surrounding addressing the youths in our community and the excessive loss of life due to knife crime and gang culture. Indeed there are numerous mentors and initiatives doing great works, but there is clearly a massive problem which all of us should be highly concerned with; as the victims are our children, nephews, nieces, cousins, grandchildren, godchildren, neighbours etc. Have we somewhat become de-sensitised to the violence and pain that we inflict on ourselves? It is down to us to create new empowering support structures for our young people and break the cycle of negativity; every single one of us have our part to play in addressing this issue.

‘If a young person is not initiated into the village it will burn it down just to feel its warmth’ – African Proverb.

Now back to my observations, on the contrary to the ‘Preaching To Deaf Ears’ crowd, the topical racial conversations and growth of the #blacklivesmatter movement have made many Kumbaya / ‘I don’t see colour’ types wake and up and smell the coffee. Just because you haven’t experienced something, that doesn’t mean it doesn’t exist. It is possible to love everyone, yet still have your feet firmly grounded in reality enough to recognise that certain issues surrounding race still exist. It doesn’t make you a bad person.

Another observation that makes me chuckle are people who previously had no interest in ‘black matters’, or those who use the phrase ‘pro-black’ as an insult to discredit those who have a certain level of cultural awareness; are now the same ones up in arms. It’s like they’ve had an ‘eureka’ moment where they finally comprehend the same issue they used to ridicule. The BLM movement whether I agree with them or not has ultimately served as a catalyst for people to wake up and pay attention. Whether it is just a fad is yet to be seen, but right now the most least-likely people are becoming more aware of the politics of race than they were a few months ago.  These are aptly dubbed the ‘better late than never’ crowd.

We also have the ‘But What About Me?’ types. No matter how many times it is clarified, the #AllLivesMatter crew refuse to comprehend the fact that Black Lives haven’t mattered for a long time. You would think being gunned down in the street frequently, not having the same access to employment and housing would be adequate examples of why the slogan is apt. Yet, they feel very strongly about silencing the movement to be inclusive of people whose lives largely ‘have mattered’! I’m sure these are the same people who complained that Luke Cage was ‘too black’. The inability to put themselves into someone else’s shoes clearly leaves them blind to the fact that this one programme is a dip in the ocean compared to the large percentage of television content that largely doesn’t reflect people ‘of colour’. Finally a black comic book character gets the spotlight for a change and it’s a problem? Wow.

The last group of people who I call the ‘In Your Face’ crowd are those who speak freely and unrestricted on their views regardless of who they offend. These people who often can be hurtful with their words, at least offer a level of upfront honesty. Even in their blind hate at least you know who you are dealing with rather than someone who says sweet nothings to your face and something else entirely behind your back.

With Donald Trump elected as the next President of the United States I’m sure we can expect much more blatant racial commentary and I highly doubt the debate will be reducing anytime soon!