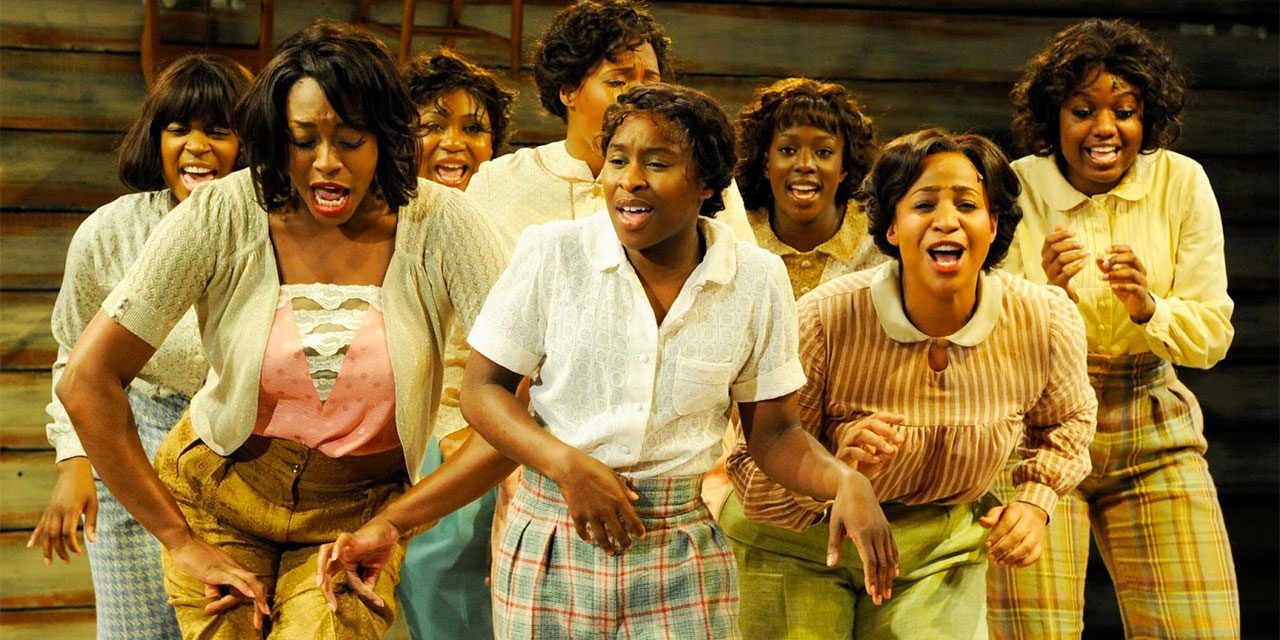 It’s one of my favourite films and has been since I was a young child.

Starring my two favourite females Oprah Winfrey and Whoopi Goldberg, the special connection I have with The Color Purple can’t be explained, but I know I’m not alone. The sparse yet impactful tale told by Alice Walker and brought to exuberant life by Stephen Spielberg in 1986 is an all time classic.

Fast forward to 2007 watching an episode of Oprah and hearing one my favourite women, talk about the Broadway resurrection of one of my favourite films with one of my favourite singers (Fantasia) playing Celie, was all too much for a fan like me to handle. Coincidentally scheduled to travel to New York I dragged a friend to watch the Broadway version and after I got over the fact I wasn’t going to hear Celie and Nettie sing ‘Makee-Dada’… I was blown away by the sheer excellence of it all. It was. Amazing!

Fast forward to 2013 and my indignance at the fact that after it’s success in America why The Color Purple hadn’t been catapulted to the UK’s West End was placated. It has, and it’s her, by way of London Bridge at least.

After speaking to the four main leads of the show: Cynthia Erivo (Celie); Christopher Colquhoun (Mister); Nicola Hughes (Shug); Adebayo Bolaji (Harpo) their excitement at being involved in such an iconic feat piqued my interest in seeing how a deep rooted African American story would translate in the UK.

The Menier Chocolate Factory is not a Broadway Theatre, rather it’s small intimate and quirky and it’s conversion into the wooden themed stage setting fully re-aligned my expectations. Then with a strong opening number we were introduced to the UK’s version of Deep South America during the early 1900’s, and from there, the John Doyle directed play was under pressure to make me forget my favourite film and the ritz and glitz of Broadway. 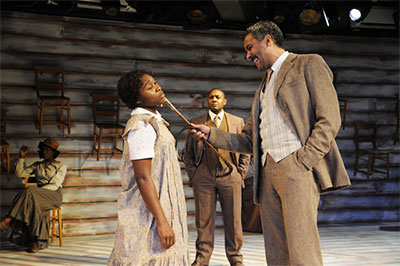 To get the negatives out of the way, although wherever you sit you could always get a good view of the stage, for those of us sat in the ‘middle’ section of the space, we lost out on getting the full impact of one of the most powerful lines in the whole play delivered when Celie finally finds the strength to leave Mister, because Mister’s back is to us, blocking Celie from view.

I also felt the beginning of the play, from setting up Celie’s predicament, to marrying Mister, to Nettie being forced to leave was a tad rushed. If you didn’t know the story I’m not sure there was time to engage and get emotionally attached to the characters and what was happening to them.

Another powerful moment which seemed rushed/lost was when Nettie and Celie were reunited. Considering the play hangs on Celie being reunited with the true loves of her life, her children and sister I felt there wasn’t enough fanfare. This is where I longed for the film version (that’s when I finish the box of tissues). I would say such a powerful tale of incest, rape, adultery, racism, sexism, scars of slavery, poverty, pain and heartache perhaps needed a little less glossing over with the song and dance of it all… Final negative, the air conditioning was too loud and at times overpowered the quieter times of the play.

BUT those pointers aside, The Color Purple UK version is brilliant! Even though the film version still clung to me, I was able to enjoy the play. When Christopher Colquohn said to me, “One of the women in the show paid me the biggest compliment today. She said she’d forgotten what Danny Glover did and I was now Mister. I was moved by that.”
I was inclined to agree. I didn’t think of Danny Glover; couldn’t even remember who was in the Broadway version, Christopher definitely managed to embody Mister and channelled the frustrations of an African American male living in those times with emotional accuracy.

The songs and musical scores arranged so perfectly by the musical team Brenda Russell, Allee Willis, Stephen Bray, Tom Deering and Brian Morales, along with the live accompanying band had the packed audience round-of-applauding with abandon at the end of each song. Nicola Hughes who played Shug Avery said to me, “There’s something abut the richness of voice when everybody starts to sing, it just hits you.’” Stand out songs are ‘What About Love’, Sophia’s theme tune ‘Hell No’ and of course Celie’s song ‘I’m Here’.

What’s very apparent is the hard work that has gone into the production, each move, action, line, song delivered is with such tight precision. When I asked Adebayo Bolaji who plays Harpo who he leaned on for support during the rehearsals, his response was, “…everyone”. You can see it.

It’s that closeness between the actors which bring this story to believable life. Especially with the main cast being British. Sophia Nomvete who plays Sofia is engaging from the minute she bowls onto the stage in true Sophia style. Adebayo as Harpo manages to give a sweet charming innocence to a character, who in the film was depicted as a bumbling fool. Nicola Hughes commands your attention as Shug Avery is supposed to. But it’s the stand out presence of Cynthia Eviro who stuck with me the most. Tiny, yet in possession of a powerful voice that when singing solo or dueting with another takes you on another journey altogether. This girl is going to/has to go far. Cynthia’s version of Celie is strong enough to make you forget Whoopi, and for me Fantasia. As she told me, “I don’t wanna play it the way Whoopi Goldberg played it, I don’t wanna play it the way Fantasia played it. I want to make it my own, and I want it to give a true adaptation. More than anything I wanna be a good storyteller.”

Summary Overall, I wish I didn’t have the film version in my heart. But The Color Purple UK version is good enough and it’s a show we should all go and see. 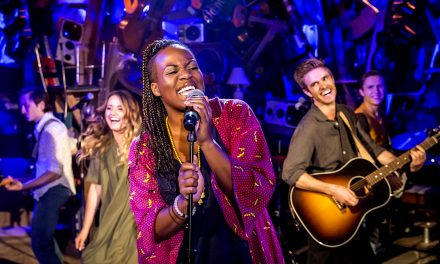 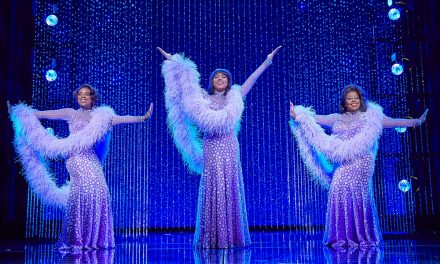 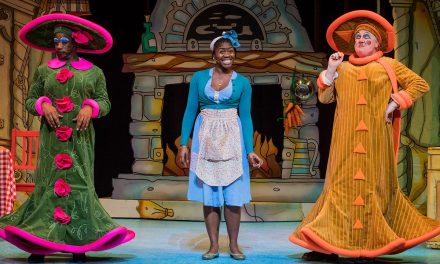 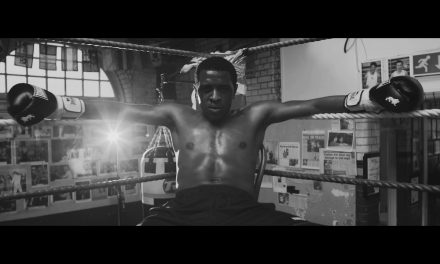