3 1/2 Minutes, 10 Bullets – Mark Davis’ film which follows the case of Jordan Davis, the middle class young African American man from Florida who was murdered by Michael Dunn, a middle class white man in the parking lot of a petrol station. The documentary highlighting how stereotypes, and assumption exposed the judgmental and racist inadequacies of the American legal system.

Along with the documentary scheduled in the ‘debate’ section of the BFI 2015 London Film Festival, and which had its world premiere at the Toronto Film Festival, from the UK, The Hard Stop, directed by George Amponsah; produced by Dionne Walker, which tells the story of the murder of mixed race young man Mark Duggan, by London police, which in turn sparked the 2011 London / national riots. As with the Jordan Davis case there was lots of negative news and distorted information released when the Mark Duggan murder came to our attention. From initial reports that he was killed because of him instigating a shootout with police; him being a criminal member of the TMD (Tottenham Man Dem) gang, to him being a cold-blooded gangster seeking revenge for the murder of his cousin. Along with the press publishing a particularly ‘menacing’ picture of Duggan’s face to accompany their reporting – only for it be revealed that the original uncropped picture of Duggan’s ‘menacing’ face is actually him ‘serious faced’ at the funeral of his daughter. 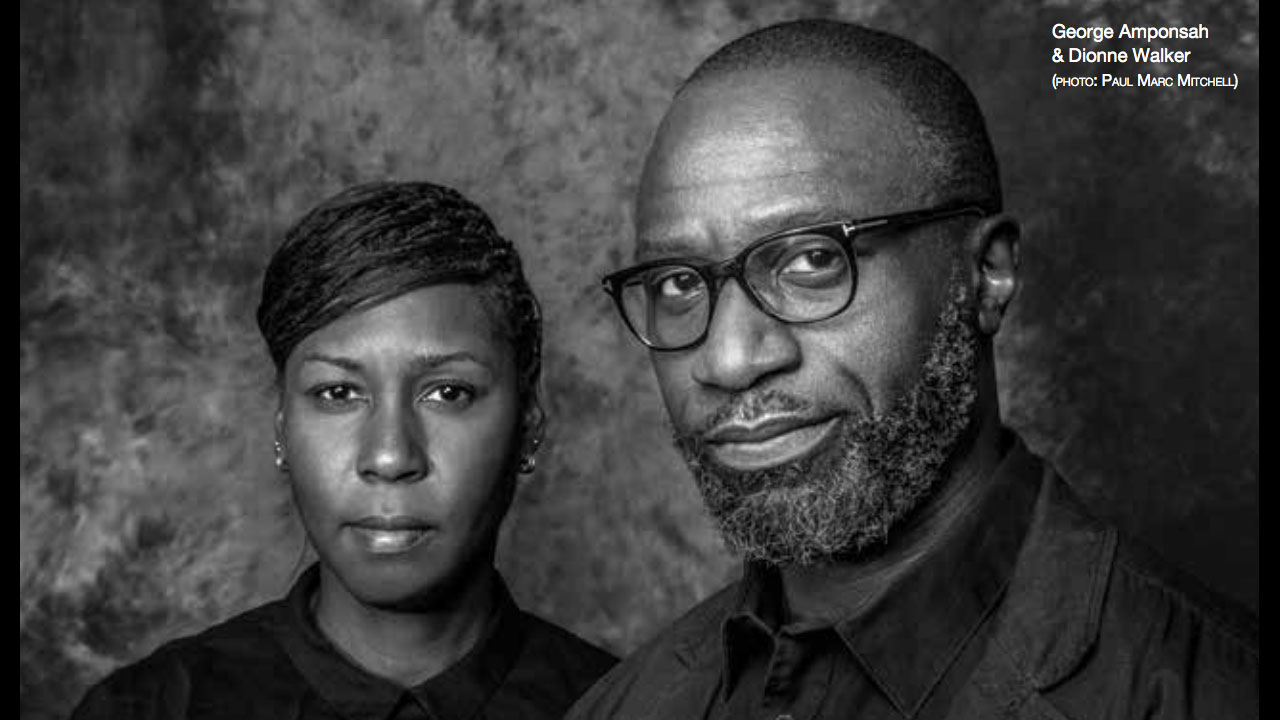 It was on the back of this negative reportage that director George Amponsah was contacted by a few people, which in turn led him to unearthing the truth surrounding the Mark Duggan case, to find out who Duggan truly was; the community surrounding him, his friends and family left to deal with the aftermath and to shed light on why roughly 30 years after the 1985 Broadwater Farms riots kicked off, Tottenham once again erupted. Once again, after the death of a black person. Once again, at the hands of white police(men).

Filmed over 28 months, the first thing which struck me about The Hard Stop is that it is so beautifully shot. Amponsah manages to capture the people involved and handle the emotional subject matter with a poetic finesse. During the post screening Q&A it was posed whether the creatives behind The Hard Stop would be bothered by this film being accused of having bias, but this does not come across (maybe I’m biased). But rather than show bias, what this film does – as with 3 1/2 Bullets, is humanise Mark Duggan, the community he grew up in and around and the people left behind to deal with resolving his murder. There’s no glossing over the fact that Duggan was associated with criminal activity, but there is clarification that he wasn’t ‘that guy’ in regards to whipping out a gun and daring to take on the police in an OK Corral style shootout.

What this film shows is the brain numbing vicious cycle those living below / around the poverty line can succumb to. Who would you be if you lived on a sprawling estate? An estate which has a legacy of judgement stemming from its creation in the 60s where it housed up to 4,000 residents predominantly from working class white and ethnic communities. Crime rife, degradation high, neglect everywhere; police presence in abundance. Prejudice and injustice – of course. What kind of person would you be?

What this film also focuses on are two of Duggan’s close friends Marcus Knox and Kurtis Henville. These two young men are the crux of the documentary. Endearing and ‘real’, their story is Duggan’s story. Amponsah’s direction draws these two men out of the typical ‘game face always on’ stance many African Caribbean men have to position themselves, and instead takes them to a place of open honesty, candidness and sometimes vulnerability. Listening to, and watching Knox and Henville’s journeys of self-discovery after Duggan’s murder, gives us as viewers very clear insight into the minds and struggles many young working class African Caribbean men are having to cope with. There are no apologies for who they are, no begging for our empathy, the truth is just shared and you cannot help but ‘get it’.

There were so many instances within The Hard Stop that I related to. When you see CCTV footage of Knox, who was accused, then charged with inciting the 2011 riots, walking towards the police car full of rage; frustrated after the friends and family peaceful march for answers to Tottenham Police station post Duggan’s death was met with silence. I was reminded when the riots were happening and speaking to some local boys in my area who were going off to ‘see’ what was going on where the riots had spread and infected locally – understanding the riots which although went off script at times, was the release of years of pent up tension; tension which wasn’t exclusive to Tottenham. When watching actual footage of the riots and listening to the frustration of Knox’s narration explaining why peace went left onto angry rage street, I can’t deny the sense of pride I felt at seeing people actually taking action. In that moment.

Watching Duggan’s then fiancée Semone Wilson; mother of his three children, now a single mother, now a mother of two boys and a daughter, now a mother who has to explain racism, prejudice, murder, injustice and consequences, to children who shouldn’t have to deal with such harsh life lessons. Emoting with Duggan’s eldest son Kemani who is dealing with the legacy of being the son of the guy who was murdered by the police… in a world where status, stripes and negative stereotypes give you a perverse kind of power. To the determination of both Henville and Knox’s dedication to finding a way out of ‘this life’ in order to not end up like Duggan – this kind of humanity in people society writes off is rarely seen.

With 3 1/2 minutes, there was focus on the fact that Jordan Davis was a middle class African American young man, who didn’t live in a ghetto, couldn’t play basketball, was studying, had aspirations but was murdered because a white man looked at him and assessed him as a thug because he was listening to rap music. The Hard Stop focuses on the fact that yes, Mark Duggan came from poverty, criminal influences; a world where inspiration and aspiration are hard to make reality. Maybe meeting the stereotype more than Davis, but at that moment Policeman V53 decided to shoot him, Duggan suffered the same racist pre-judgement as Davis. So working class, middle class, poor, rich… it doesn’t seem to matter.

The Hard Stop premiered at the 2105 BFI London Film Festival. It premiered in the UK summer 2016. The creatives behind The Hard Stop, Dionne Walker (Producer) & George Amponsah (Director) has more recently been nominated for Outstanding Debut From a British Director & Producer at the 2017 BAFTA awards.

Get Up Stand Up!: The Bob Marley Musical by Lee Hall