This August, Rainbow Class sheds comic insight into life in an inner-city. Combining verbatim text, stories, and characters based on real-life people. Written and performed by Acheampong, and directed by Hannah Price, this show is described as ‘a bonkers, hilarious and often poignant look into modern primary school life’.

Acheampong made her comedy debut at the Funny Women Awards in 2013 where she was a semi-ﬁnalist. Rainbow Class premièred at 2015’s Camden Fringe and later played at Bush Theatre’s RADAR Festival. As an actor, her theatre credits include Monster Raving Loony (Soho Theatre), The Curious Incident of the Dog in the Night-time (Gielgud Theatre), Julius Caesar (St. Ann’s Warehouse, New York), Titus Andronicus (Edinburgh Fringe), and Santa’s Not Coming to Town (Hen and Chickens Theatre).

It’s a massive feat putting on a solo show, let alone bringing to life multiple characters, how did you come up with the concept?

Having worked in schools for years I relayed stories to family and friends mimicking the fascinating and hilarious children and adults I found there. I’ve always wanted to put on a one-woman show and a friend suggested that I write a play based on school life as it’s a world I know so well – so I thought ‘why not?’ The subject matter is also extremely current as political thinking around education changes daily.

How do you define each character so that the audience forgets you and sees the characters? 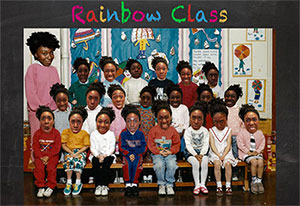 In any show, my priority is to ensure that the character I am playing is completely truthful in the world in which they exist. Important in this show in particular, as the characters are based on real people. This is a comedy show and comedy needs truth at its heart, as absurdity is present in every area of life. So in Rainbow Class each character is very defined, with a specific character trait: even if this is subtle it has been observed in real life. From the way they use their hands to their accent to their pace and rhythm, each character is distinct. Hopefully, this will resonate with the audience.

It seems a lonely process, how does Hannah Price the director support you?

For the first run of the show, I was originally without a director. It was lonely process and I wanted to work on it with someone else. I like collaborating and wanted very much to have a second perspective on the script. Hannah saw the show, came on board and I’m so glad she did. Hannah understood where I was trying to get to and what I wanted to achieve and as a result has helped me shape the structure of the show and enhance the comedy.

Who leads who? Because this is your idea and your piece, it’s almost like you’re directing the director on how to direct you, what’s that process like?

As we both love working collaboratively and Hannah is experienced at working with new writing, it has been a joy to work with her. She shares my vision so the essence of what I originally wanted to portray is still very strong but in turn, it has meant that she has refined the show bringing out details that were missing previously. I feel so lucky to have her directing this show.

How are you able to communicate and essentially trust the director to perfect what’s in your head?

We started by talking through the story I wanted to tell. We made sure we constantly came back to that story as we worked. It meant that I knew she understood the essence of what I wanted to achieve, which was liberating and gave us space to explore the script in new ways. We also laugh a lot as we rehearse, which is a good barometer of any relationship.

You were inspired to write this play because of your experience as a primary school teacher; specifically in an inner-city primary school. What has being a teacher taught you?

Being a teacher has taught me so, so much. As a Londoner, I have always been part of a diverse community but through working in schools I have been exposed to communities I would never otherwise have had access to and this has been a wonderful opportunity. It’s also a privilege to watch children grow and see the people they might become. Some of the children I have taught have faced down extraordinary adversity, but being a teacher has shown me that with the right nurture all children can achieve great things. 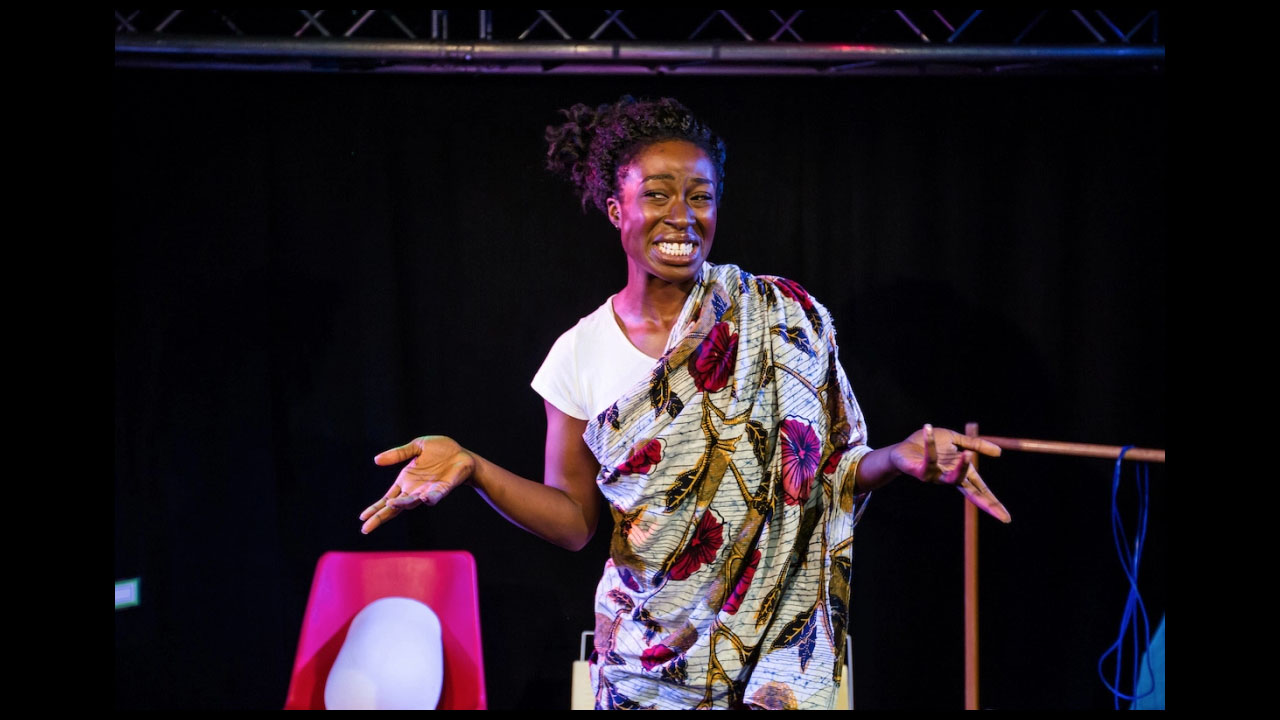 Has being a teacher influenced your evolution as a creative?

Being a teacher has made me patient and process driven, both great attributes to have as a creative person. But I am more influenced and inspired by other women in the industry. We are lucky to currently have many strong and brilliant women creating their own work. Cush Jumbo, Danielle Ward, Brigitte Aphrodite, Michaela Coel, Bryony Kimmings, Phoebe Waller-Bridge, Susan Wokoma (the list goes on). All have created work which is exhilarating, dynamic and thought-provoking. Their strong voices resonate in their pieces and this excites me as an artist.

Have you taught in many other schools or just inner-city – if so what’s the starkest comparison? Are inner-city schools operating at a disadvantage?

I have only taught in inner city schools so I cannot really make a comparison. However, what I do find interesting and frustrating are the differences in these schools and it’s not as simple as blaming the location for some schools being at a disadvantage to others. I have worked in schools minutes away from one another and the differences can be phenomenal from the behaviour of the children, attitudes towards learning, to the wellbeing of the staff. In my opinion, these differences, therefore, come from the running and ethos of the school as what happens at the top essentially filters throughout, which I strongly believe in turn affects teaching, learning, and the school environment.

Looking at issues with diversity and funding in the arts is there a similar problem in teaching? 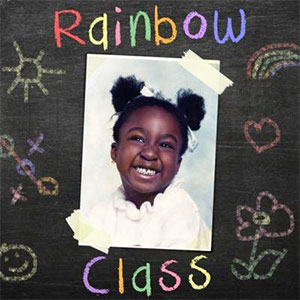 It often shocks me that as a black person I am a minority as a teacher when I teach in some schools. Having only worked in London schools, obviously, the schools are going to be diverse – some more than others. A school I was in recently, the majority of the children were from ethnic backgrounds, majority Black African Caribbean; however, there was not one member of the teaching staff or senior management team who were from an ethnic background. They were all white. The members of staff who were not [white], ranged from support staff, reception staff to kitchen staff. I strongly believe that whatever role you have within a school it is important as you are a role model for the children you interact with on a daily basis and can impact their lives in or outside of the classroom. However, it is also important for the children to see all ethnicities represented through different roles within the school. I see this too often and it does leave me wondering what these children must think, how they view themselves when they are not represented in the very place they spend most of their childhood. This concerns me.

It appears you got into comedy and acting quite recently, but which was your first career dream was it to be a teacher or a creative?

For as long as I remember I have always wanted to be an actor hence attending the BRIT and East 15 Acting Schools. After drama school I found myself working as a teaching assistant in primary schools. Being the showoff that I am and loving working with children, I decided to do a PGCE. I have always loved comedy through storytelling and mimicking so it’s something that in recent years I thought I would embrace and I’m absolutely loving it.

How have juggled both worlds?

The two careers work well alongside each other, and it has also eased the minds of my African parents who always wanted me to have a ‘backup plan’! You’d be surprised how similar the two worlds are. No day is ever the same, you are constantly meeting and interacting with different people and being exposed to a variety of situations. The children expect you to play multiple roles – scientist, storyteller, historian, disciplinarian, nurse and more. Being a teacher can be quite the performance with the audience being your harshest critics. Children are unashamedly honest and let you know exactly what they are thinking. I’ve got a thick skin as a result of it.

As mentioned previously, Rainbow Class is inspired by my experiences of being a teacher. The show takes you on a journey of a day at Tiddlesworth Primary School where you discover a multitude of characters and experience the stories of both the children and adults. Aside from the audience totally immersing themselves in the experience and having a good time, my hope is that although comical, they get a true insight into what happens in a modern inner city primary school. I feel people will be intrigued and surprised by the goings on.

What’s the best piece of advice one of your primary school children have ever given you?

When I left the wonderful school I was working at, the children changed the words to the One Direction song ‘Live While We’re Young’ and one of the lines sung were “Miss Acheampong don’t overthink it let it go”. I sobbed throughout the entire assembly. Whenever I’m having a wobble I think of those brilliant children telling me that.