As the Autumn/winter season in theatreland is readily approaching here is TBB’s list of exciting new productions, with an array of extraordinary creatives who are about to hit our stages on and off West End this week. 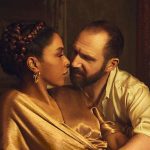 Ralph Fiennes and Sophie Okonedo star in the title roles. Directed by Simon Goodwin, Caesar and his assassins are dead. General Mark Antony now rules alongside his fellow defenders of Rome. But at the fringes of a war-torn Empire, the Egyptian Queen Cleopatra and Mark Antony have fallen fiercely in love.

Playing at the National Theatre from 19th Sep to 19th Jan 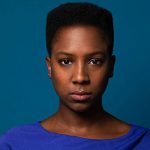 Starring Jade Anouka, directed by Elizabeth Freestone, hungry for power and angered by their King, the men of Henry VI’s Court plot and scheme against each other. As the King waivers and the factions split, Queen Margaret is determined to hold on to power and protect the crown that will one day belong to her son. 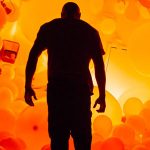 After a sold-out run at the Bush Theatre, Misty transfers to Trafalgar Studios for six weeks only. Starring Arinze Kene, directed by Omar Elerian, Misty is an epic, lyrical journey through the pulsating heart and underground soul of the inner-city London. Misty is an inventive blend of gig theatre, spoken word, live art, and direct address, confronting the assumptions and expectations underpinning the act of telling a story and creative freedom 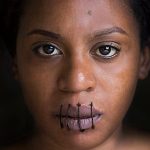 Directed by Lara Genovese, Young Londoner Cleo was given her ‘gift’ at age seven – except that ‘gift’ left her with type 3 female genital mutilation.’ How can Cleo love her body, when her husband brutally sexually assaults her? Finding strength after this hideous act, Cleo resolves to go against her family’s wishes and seek reversal surgery. On her journey of healing, Cleo meets Eve, a fellow FGM victim who is instantly drawn to her. A story of hope, love and human rights played by an all-female cast. Shortlisted for the Alfred Fagon Audience Award 2017.

Playing at the Park Theatre, from 2nd – 27th October 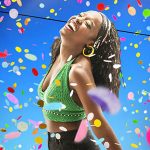 A musical adaptation of Shakespeare’s Twelfth Night conceived by Kwame Kwei-Armah & Shania Taub. Directed by Kwei-Armah, this Shakespeare story gets a soulful shake-up. With a mix of R&B melodies weaved through this musical adaptation. Viola and her twin brother Sebastian wash up on the shores of Illyria and when she disguises herself as a man, a joyous whirlwind of gender-bending and unrequited love begins.

Death of a Salesman by Arthur Miller 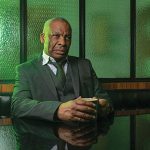 Starring Don Warrington, directed by Sarah Frankcom, Willy Loman is an ordinary man, he’s the New England man, he’s well-liked. For thirty-six years he’s been on the road, paying his way and one day he’s going to come good. When his son Biff returns home, suddenly things are looking up. Because you reap what you sow, right? 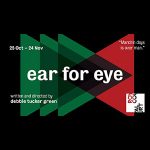 Cast includes, Nicholas Pinnock, Eric Kofi Abrefa and Michelle Greenidge, “Marchin’ days is over man.” Patience is running out, times have changedm, and progress isn’t enough. Black British. African American. Here. There. Now. “Change don’t give-a-fuck change gone do its thing with or without you”.

Playing at the Royal Court from 25th October – 24th November  8.